In the 1st part of this post, we discussed how knowing these cool words can come in so handy when you’re tackling teens! So here we go with some more cool words they so love to use all the time!

As is the case with slang phrases, sick doesn’t refer to being ill. On the contrary, sick means awesome, cool or surprising. If you catch your teen saying, “Alicia was so sick yesterday!” you never ask, “Hey, is Alicia well today?” You just don’t! It literally means, “Secretly We Are Gay”. If you have pre-teens or teens, you’d probably have this word too much. Swag basically originated from the Scottish slang, ‘Swagger’ which means in a swaying motion – the way Scottish people walk. But now it’s morphed into a totally different meaning. If your teens dress up in baggy clothes, jeans tied dangerously low on the hip and hats worn sideways, then congratulations, your teen’s got SWAG. In a rather crude sense, SWAG refers to people who are afraid to come out of the closet.

A flop is when a planned event doesn’t end up happening. A flopper is someone who often cancels last minute. So you may as well update the meaning of the word for yourself, too! Films don’t just go flop these days! I hate this word! And so does everybody else. But still some teens just love to call their Significant others, BAE. It’s not a contraction of Baby, it rather means, “Before Anyone Else”.

If you catch your teen saying, “Sup, shawty?!” there are high chances he’s talking to some girl with romantic interest or flirting! Shawty refers to one’s girlfriend or a pretty girl.

Give the credit to Miley Cyrus for this stupid term going viral! Recall her dancing like she was possessed in a nude-colored bikini at the VMAs a year ago? Well, she was twerking! Twerking means a provocative, hip-thrusting dance, has been around for decades.

Okay, another secret code your teens might be using without you ever knowing what it meant – Thot.  So while you’d almost believe your teen means thought while talking to his peep, you wouldn’t know it means “That Hoe Over There” Thot was a huge term in hip hop culture that crossed over to the mainstream in 2014. Although several people have added meanings to the word, the basic definition is just a promiscuous girl.

You might want to get a little alarmed if ever you catch your teens using the word Trunt. Getting turnt or turning up has become the new way of saying that your teens were in full party mode, which usually meant they were drinking large amounts of alcohol. 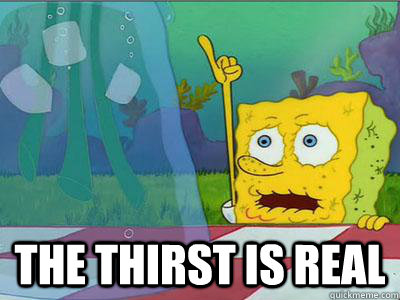 Vigilance is the name of the game!

Smart parenting is absolutely a must these days! You can’t just live keeping all the gadgets and the pop culture at bay and expect to know your kids better! If you want to know what your teens think, what’s going on in their lives and what ticks them, you have to stay up-to-date! And for that, start with these buzzwords! And just to add another security layer, consider using parental control apps to know them up close and keep tabs on their whereabouts!

Teen Slang : Know these Cool Words Teens Use! Part I
Of Teens and Ever-shrinking Attention Spans