You are here: Home › Sextortion – What is it and how can you save your teen from being a victim?
By Janice Heddon on August 14, 2015 in Parental Controls

Sextortion- ask anyone about it and you will get a quizzical look. This relatively new form of cyber crime is on the rise all around the world, yet many don’t know about it. So, what is it? Sextortion happens when a person uses power, or knowledge of a certain secret/personal information, to force the victim into sending sexually explicit pictures, videos, cybersex, or performing sexual favors online and offline.

This crime is prevailing at a great pace, yet is heavily under-reported. Teens rather than telling their parents or the police about it, remain silent and fall deeply into the clutches of the predator. The tragic sextortion scam of Daniel Perry, in which the teenager took his life, is highly alarming for all, especially parents of teenagers. But in order to protect your child from being another victim, it is essential that you are fully informed about this crime.

How Does It Happen?

Sextortion can be eased in many ways by predators who are looking for vulnerable preys to take their sexual or financial advantage. Some of the typical methods are:

How Can You Protect Your Beloved Children?

While anyone can be a victim of this crime, teenage girls make up majority population, with victims as young as 13. The predators too can be of any gender, but you should handle this situation regardless of it. Here are a few tips to keep your beloved children safe:

Communicate With Your Teen:

If you want to protect your teen from all sorts of cyber crimes, communication is the key idea. Ensure your children that they can come to you without the fear of punishment. Also, take an interest in their online activities. Be aware of what your child shares, uploads and posts online.

This might sound a little paranoid, but it can reduce the chance of a predator filming your teen without their knowledge, to the minimum possible. The simplest way is to use a removable sticker or thick tape over the cam when not in use. Ask your teen to cover the cams of their laptops and phones, both, as soon as they stop using it.

It is very important that you supervise your teens smartphone and laptop usage. Preferably, you would teach your children before giving them a gadget, when it is appropriate to send photographs. But sadly, teenagers don’t understand the future consequences of their actions. Supervising their smartphones can be trickier, but using a parental control software can be of great help.

Ask your teens to use strong passwords on all of their devices. Also tell them to use a firewall or anti-malware software. Advise them to not open attachments to unrecognized emails/messages.

Sextortion, isn’t only a sexual crime; it is also about exercising power over the victims. Teens who are responsible and mature enough are less likely to give in to the predators demands. It is important to understand that if your child sees you as a source of reason and support, they are more likely to report such a crime before it can cause them any harm. Do whatever you can to keep your children safe. Be a strong pillar of love and care for them!

3.3 million people in the U.S. have OCD! Is your teen one of them?
Parenting 101: Do’s and Don’ts of raising teens 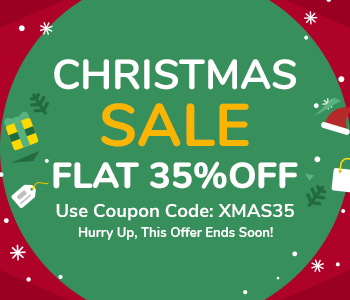