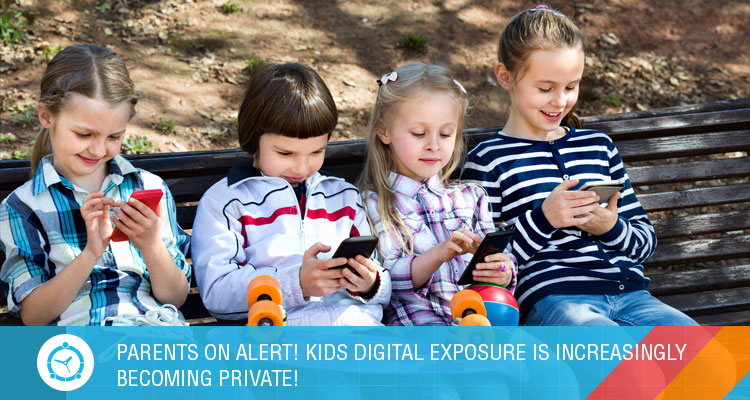 The boys of the new millennium do not lock themselves in their room in search of privacy. For new generations, it is no longer necessary to do this because their “private world” is reduced to what goes on the cell phone screen. In the context of this change of scenery, which generates some concern among adults, a survey of 593 parents of Argentine children and adolescents revealed that 2 out of 10 young people access unwanted content with a smartphone. Within this group, almost 40% were discovered entering sites not suitable for their age. They found them watching horror movies, pornography and what not.

The same survey, made by the computer security company Avast, showed that 15% of the children found emails or messages from strangers and another 12.8% entered an application that showed or promoted violence. In addition, 11.5% entered a website that contained some type of virus and another 10.3% charged for using an app.

For most young people the cell phone screen is the most important in their lives. Before, the Internet was accessed through a computer that was often in a common space from where the adult could exercise some kind of control. The mobile nature of the cell phone now makes browsing more intense and cannot be measured in time, taking into account that the child is permanently active. In turn, with the phone, the adolescent has more freedom to look at the content he wants. That is why, in this era in which the virtual world occupies an important place in the lives of young people, in addition to asking him daily how he did in school or in an exam, we must ask him what he did on the Internet, what sites he visited and with whom he chatted. But who knows that the replies coming from the kids are true? Certainly, you can not know that until you trust them blindly or use kids’ control app such as FamilyTime that lets you monitor all their digital activities from a distance.

Along with the use of the digital app, you have to talk to young people and educate them to form a critical spirit about what they consume. You must alert them to everything that is available on the web and encourage them to be responsible and report the content they consider inappropriate. Remember that young people share photos when there is a relationship of trust. When breaking that bond, the contents begin to viralize. So, instruct them not to share their personal photos or information with anyone on the internet.

ADVICE FOR PARENTS WHO HAVE JUST GIVEN THEIR CHILD THEIR FIRST SMARTPHONE!
EXCESSIVE SCREEN TIME IS LINKED TO DEPRESSION IN TEENS!