Yes, the wait is finally over! The mush-awaited and much-asked for feature is here! Now you can block system apps and iTunes apps on all iOS devices! Read on to find all the awesomeness of the super-feature

Parents who want to monitor and manage their children’s iPhone usage can rejoice as our popular App Blocker feature is now available on the iOS. This means parents can block apps on their child’s iPhone, iPad or iPod Touch devices from their FamilyTime – Dashboard.

It does a lot! It’s not just a simple app blocker; it does whole lot of things and give parents a complete control.

Don’t want your child to access a particular system app like Safari, Siri or Camera? Our new FamilyTime App Blocker lets you do exactly this. You can limit your child’s access to any of the system apps on the phone. So, no Camera access during study hours! Simply go to your Online Dashboard or the FamilyTime parent’s app and tap Settings under the child profile you want to block apps. Now tap App Blocker from the menu. You can now enable the App Blocking and toggle the system apps on to block them. We all know there are ton loads of apps that might not be appropriate for our teens. If you want to restrict those apps, you can do with our iOS App Blocker. This way, you can block iTunes apps and App Store apps.

Ever had to bear a money loss because your teen spent a lot on purchasing apps, songs or on other in-app purchases? If you have or fear it; FamilyTime App Blocking feature can help you! You can easily limit in-app purchases on their iOS devices so they can’t even if they’re tempted to do so. Simply toggle it on from the settings and it’s done. And if they try accessing the blocked apps, they will get a message from the app that the access is blocked. They can’t access it unless you unblock them- pretty cool, right? 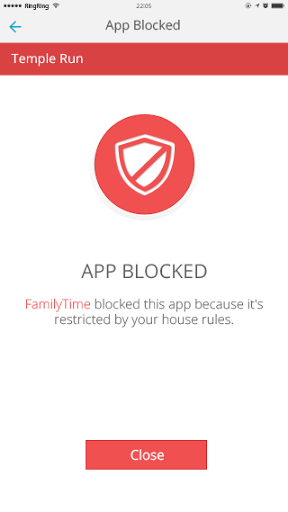 Let FamilyTime Make it Easy for You!

Sign into your FamilyTime – Dashboard today and enjoy our new feature for your children’s iOS devices. And if you haven’t yet tried FamilyTime, now is the best time; get started now and experience the awesomeness of the easiest digital parenting app!

A Sneak Peek into the Lives of American Girls – How Social Media is Taking Toll
3 Ways to Get Your Kids Enjoy Spring Season to the Fullest!