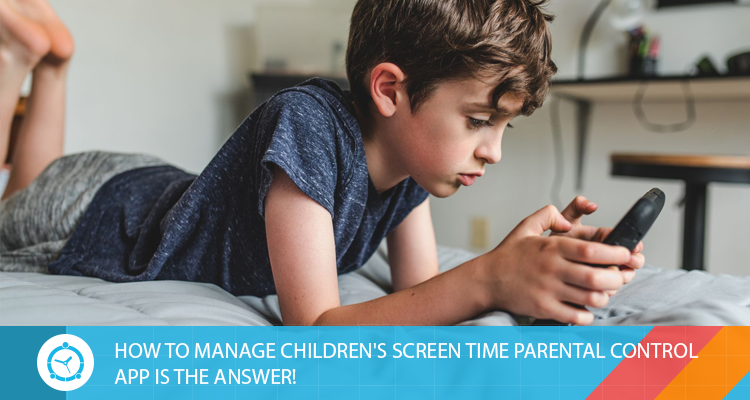 Today, screen management has become the main factor of conflict in families. We must find the appropriate rules for parents and children. I realized that the recommendations in terms of age do not work with a sibling of several children. How to handle the situation when the three-year-old is entitled to half an hour of the tablet, the six-year-old to three-quarters of an hour of gaming console and the 12-year-old to two hours of computer? Not only does this rule require more screens, but it is difficult to tell the youngest to stop when the big ones continue. The child will inevitably be attracted by the screens of the brothers or sisters and end up looking at content that is not intended for him. The screen is an object that captures the attention, fascinates,

What works best is to free up time without screens. I called these moments “The Four Steps to Grow Better”, taking up the recommendations of American and Canadian pediatricians. It is about removing screens at key moments, so that they do not disrupt the development of certain essential skills in the child, such as attention, language, or functions such as sleep.

Thus, I recommend never to turn on the screens in the morning, even on the weekend, because it is the moment when the voluntary attention of the child is the strongest, that is to say its capacity to fix on a stimulus that does not move, like a book, the mistress who speaks, or a toy that he manipulates. It is this concentration, which is necessary at school and essential for learning. But the screen hinders this type of attention. On the contrary, it overestimates non-voluntary attention, that is to say being caught by external stimuli, which shine, sparkle, move and make noise. Putting a child in front of the screens in the morning, even fifteen minutes is as absurd as going to work with the battery of the flat phone.

Even when there is no school, it is not desirable for the child to stay in front of the screens in the morning. You have to take advantage of this time to let him learn gestures that he does not necessarily have the habit of doing alone, such as getting dressed or preparing breakfast. These are important steps for his autonomy. In addition, it prevents him from waking up very early. Many children autoprogram to get up at the time of their favorite cartoon.

By freeing up time without screens, parents mean to the child that he is able to find in himself the resources to play alone and feel good, which is essential for his development.

The second moment to preserve is that of the meal. In the United States, young people between the ages of 7 and 18 spend an average of seven hours and forty hours a day in front of the screens, which leaves them little time for family conversations! However, it is by talking with parents or peers that a child learns and develops his language. This lack of interaction is therefore very detrimental. Hence the need to turn off the screens during meals, which must remain a privileged moment to discuss or argue, but exchange whatever happens.

The screens in the room are also prohibited, at least until adolescence. No television or internet connection. Otherwise, it’s like leaving a candy pack open on the bedside table. Not only does this result in overconsumption of screens, but parents have no control over the contents. The ability to self-regulate is very low compared to screens.

In the evening, you also need to know how to turn off their tablet, iPad or smartphone. Numerous studies have shown that the blue light of screens acts on melatonin (the sleep hormone) and disturbs sleep by delaying the time to fall asleep. Not to mention that emotionally charged images, without being violent, also have an impact on dreams.

Now that you know what time you have to limit or ban their screen usage, you should also know the best way to implement your screen rule. One tool highly suggested in this regard is FamilyTime – parental control app that lets parents define custom screen rules for each child and implement it with an auto scheduler!

These recommendations have positive or even dramatic effects with young children. I see it every day at the families I receive. We now know that over-consumption of screens in children aged 2, 3 or 4 causes language delay, attention disorders, agitation and hampers the process of socialization. With the parental control app and steps mentioned above, parents free time without a screen and are more confident in managing the rest. In addition, these rules trigger a series of micro reorganizations within the family beneficial to each of its members.

The FamilyTime Cyber Monday sale is on and we’re giving a massive discount
ADHD RISKS INCREASES IN TEENS WITH THE ELEVATED TECH USE! STUDY REVEALS