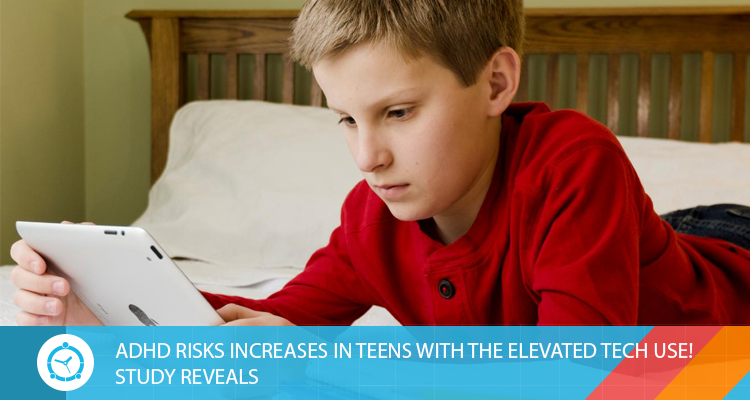 Adolescents who use digital devices frequently are twice as likely to show symptoms of attention deficit hyperactivity disorder (ADHD), according to a study by researchers at the University of Southern California (United States), reports Europa Press.

The study, published in the Journal of the American Medical Association, has evaluated 2,600 adolescents for two years, focusing on the consequences for their mental health because of the use of social networks, video games or video platforms.

“The new thing in this study is that previous research on this topic was done many years ago, when social networks, mobile phones, tablets and applications did not exist. New mobile technologies can provide rapid, high-intensity stimulation throughout the day, which has increased exposure to digital media far beyond what has been studied before, “explains Adam Leventhal, professor of Preventive Medicine and Psychology.

In their study, scientists began with 4,100 students between 15 and 16 years old in 10 public high schools in Los Angeles County, representing a balanced demographic and socioeconomic status. The researchers focused on adolescents because this stage marks a time for the start of ADHD and unrestricted access to digital technologies.

Then, they filtered up to 2,587 participants because some already had pre-existing symptoms of ADHD, with the aim that the research focused on the appearance of new symptoms manifested during the two-year study.

The researchers asked the students how often they used 14 popular digital media platforms. They ordered the frequency of use of the media in three categories: unused, medium and high. Then, they monitored the students every six months between 2014 and 2016.

“We cannot confirm the causality of the study, but this was a statistically significant association. We can say with confidence that adolescents who were exposed to higher levels of digital media were significantly more likely to develop ADHD symptoms in the future, “says Leventhal.

What Can Parents Do to Prevent ADHD in teens?

The solutions to prevent this disease in teens can also be derived from the same study that states ADHD is linked with increased use of tech devices in teens. Got that, well. It is limiting the use of devices to appropriate hours so that teens stay healthy and enjoy digital environment. To limit their tech use efficiently, parents can make use of the screen limit app such as FamilyTime. As the app helps parents regulate and manage their kids’ screen time efficiently. With that, parents should make their kids realize the importance of moderation in life. Excess of anything is bad. Same goes for the tech use and the digital consumption. They should learn to control their usage before you implement the limit. Only this way, you can save your teens from this widely spreading disease. Step up and fight it with avid parenting techniques. Happy parenting!

HOW TO MANAGE CHILDREN’S SCREEN TIME? PARENTAL CONTROL APP IS THE ANSWER!
The big FamilyTime Winter Sale is on