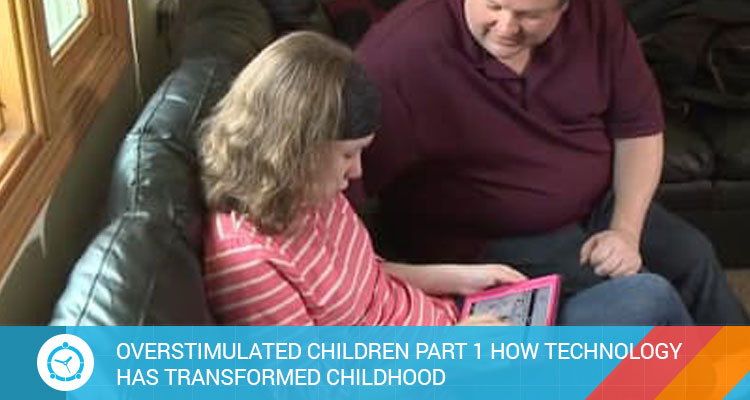 Being a child today means being constantly exposed to too many stimuli: between the media and other new technologies that allow access to the Internet almost anytime and anywhere, many find it difficult to concentrate for a long time and find the school “boring”.

In fact, many children between two and five years old have more skills to use computers, smartphones and surfing the internet than to swim, button a button, coat or ride a bicycle, according to a study by AVG Technologies.

According to the survey, 2,200 mothers in the United States, Canada and some European countries responded, 19% of their children were able to use a smartphone application, but only 9% could tie their shoes; 25% knew how to open a window in an internet browser while only 20% swam without help.

In recent years, Internet devices such as tablets and smartphones have replaced television as an alternative to entertainment and even electronic nanny.

According to a study carried out in Latin America by the Cartoon Network television channel, children aged between six and 11 sail on average two hours a day, between three and four days a week.

Added to this is the family situation: most children grow up with the constant absence of their parents due to work issues. At the same time, they face a very high demand from their parents and teachers, both at school and in extracurricular activities.

The too saturated schedules and the constant pressure of their environment to be the best and comply with various activities can cause behavioural disorders. “We see children who are exhausted at school, sleeping in class, angry and irritable,” and their emotional reactions are also altered at home.

“In other cases children are playing at school during classes or when doing homework”, since the game is a natural part of their development and they need to carry it out at some point, says Brenda Rodríguez, a teacher in integral family therapy, specialist in psychotherapy of children and adolescents.

How the early use of technology modifies our brain?

Many parents feel that their children are very intelligent because they are able to use electronic devices, but teaching children to perform tasks too complex before their “system is ready to carry them out, can produce permanent deficiencies in the ability to learn as long life”, according to members of the research group in Neuroplasticity and Learning of the University of Granada coordinated by psychologist Milagros Gallo.

This phenomenon can be due to two reasons: on the one hand, that the person is emotionally blocked, or that the memory system is modified. “In both cases, the result is the same: you learn worse if you have taught us using complex techniques before the brain has formed properly,” explains Gallo.

The German philosopher Christoph Türcke has said that “the hyperstimulation of our audio-visual culture has given rise to a regime of attention characterized by ‘ concentrated distraction ‘”. In the long run, this situation affects the ability of children to persevere in tasks, remember and build clear sentences.

Therefore, the approach to technology must be directed and accompanied. Parents should organize the time their children will use the computer or other devices, and monitor the content that will be viewed using the parental control app such as FamilyTime.

Above all, “electronic devices should not replace the attention and presence of parents,” emphasizes the expert, since it is a fact that the quality of attachment relationships with caregivers during the first years of life is crucial for development cognitive of the child.

View all posts by Dario Lucas →
PARENTS ALERT! CHILDREN ARE HAPPIER IN THEIR ONLINE LIVES THAN IN REAL LIFE – SURVEY CONFIRMS
Chase away your fears this Halloween! FamilyTime is giving you a massive 30% off on premium protection