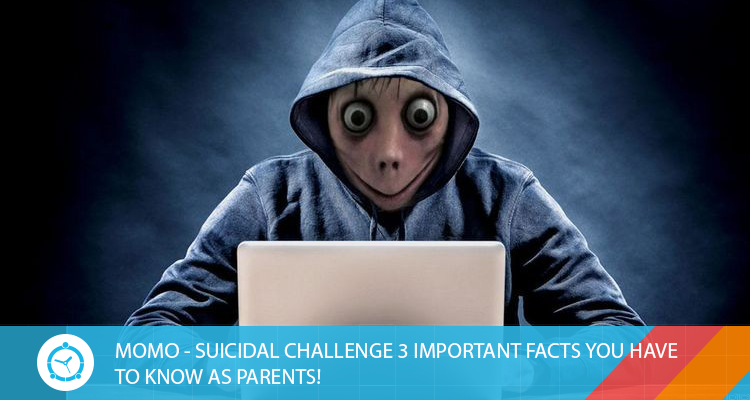 The stories about ‘Momo’ do not leave us in peace since a few weeks ago. WhatsApp’s viral scare is taking its toll as the days go by and the consequences of communicating with the terrorist’s phone number have gone viral all over the world. What to do to recognize the strange entity?

First, it should be clear how to participate in the WhatsApp viral challenge with ‘Momo’. To be its participant, the person has to save the number (+81435102539) in his cell phone book. Immediately, start a call or a chat with ’Momo’, who will respond with terrifying videos and photos. After the first scare, you will have to forward the material to your contacts.

WhatsApp users have recognized three unusual features in ‘Momo’ that we have listed below so they do not surprise you.

After adding ‘Momo’ to the cell phone, one can notice that it has written as a profile description some words in perfect Japanese language. The translation, according to Google translator, means “They call me L”. He also reports on the website andro4all.com ‘Momo’ answers you in the language that you speak to him, even though he would be an entity that comes from Japan.

After the appearance of ‘Momo’, the origin of the terrifying image that can be seen in the telephone number of terror (+81435102539) was investigated. After a short search, it was discovered that the image corresponds to an artistic work of the exhibition Vanilla Gallery of Japan. “The sculpture of a young woman with long black hair, large bulbous eyes, a broad smile and bird legs”, says the description of the page, “Know Your Meme”, known for investigating the origin of the viral phenomena of the network. The creators of the WhatsApp challenge took advantage of the horrible face of the sculpture and gave a face to ‘Momo’.

Before ‘Momo’ made you think twice before answering a message from WhatsApp, Sadako did the same in 1998 but with landlines. His legend became famous with the horror and mystery film adapted from the novel Ringu by Koji Suzuki, which in turn was based on the popular Japanese tale Banchō Sarayashiki. Four years later, in 2002, Hollywood made a remake that titled El Aro and converted Sadako in one of the first viral phenomena of the network.

How to avoid it?

Basically, through dialogue with children and adolescents, who are vulnerable to these attacks parents can save their kids as the messages are scary and spread the risks involved, is important for prevention. In this case Momo, you have to explain to children that they should not add or accept any unknown number. Make your kid understand that it is usually not the best idea to give your phone number to a stranger online. This way, you can help them avoid the risk. Along with that, being parents, you should keep a keen eye on your kids’ contact book. For that, you can take the assistance of FamilyTime app that enables parents to mirror contact book of their kids on their own device and at the same time manage the use of applications made by their kids. Keep monitoring and advise kids not to encourage the chain of messages and not contact unknown numbers to avoid falling into scams, extortion and other threats.

DISTRACTED DRIVING BY TEENS – STOP THEM WITH TEEN DRIVE SAFETY APP!
Kids are headed back to school! Keep an eye on them with 35% off on premium protection